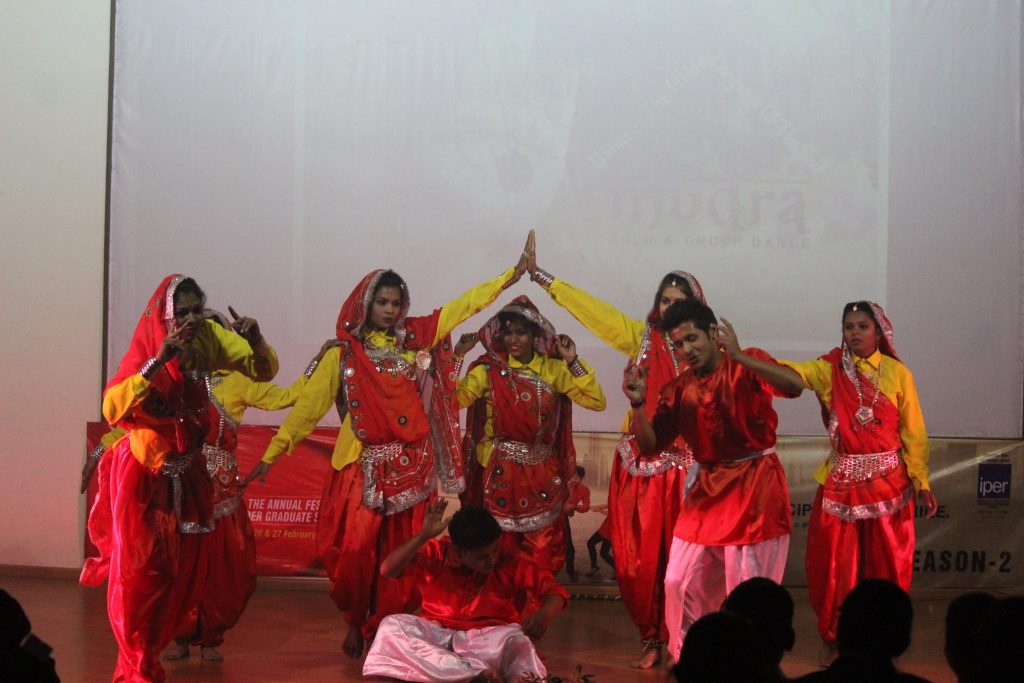 As the second day was going to be the close of the event, IPER-UG invited Mr. Harish Chandra Sati, Zonal Head, Allahabad Bank as Chief Guest for Prize Distribution ceremony. The day’s activities included Solo and Group Singing and Dance Competition, Treasure Hunt and Mimicry Competition.

The day started with the registration of participants from various colleges for different activities lined up during the day.

First in the schedule was “Unplugged”, Solo and Group Singing Competition which saw huge participation. It witnessed unprecedented cheering from groups accompanying the competitors. The solo singing attracted one and all towards the IPER Auditorium and Mr. R. K. Sadhwani, Secretary, Chitanya Shiksha Samiti, Parent body of IPER Group of Institutions could not resist his temptation from witnessing the program. He sat amongst the students and participants to get the feel of the program, and its a usual sight at IPER UG Bhopal. Solo singing winner was from AISECT University.

Second program was “Jhalak”, called shadow personality wherein the competitors mimicked a leading and well known personality through gestures, voice and traits. They were also asked questions related to the personality. The winner was from Extol College in this activity.

“The pirates”, i.e., Treasure Hunt followed next, in which contestants have to find treasures following the clues placed anywhere in the campus. These clues guided the winning team to clinch the treasure first. Team from BSSS College were the winner.

After Lunch break, the most popular activity of the day “Mudra” was scheduled. This was Solo and Group dance competition and again saw big participation from various colleges. Solo and Group Competition was won separately by contestants from Anand Vihar College.

IPER-UG students then entertained the invited participants and delegates and displayed their talent. IPER-UG students have contributed their best efforts in making this program a great success.

Shri Harish Chandra Sati was presented a memento by Shri R. K. Sadhwani. Shri Harish in his address to the audience mentioned about their top class performance. He blessed the students and participants with an inspirational and motivational speech.

Vote of Thanks was proposed by HOD, Commerce IPER-UG Dr. Upasana Sharma. She thanked the Chief Guest for the day to spare time for this event. She also thanked the gathering for making this event a great remembrance.